The Wall of Shame! (Part Deux!)

“All animals are equal, but some are more equal than others.”
- George Orwell, Animal Farm

We begin today’s episode with a 1993 scene from the ever-prescient cartoon, The Simpsons.

(And a tip of the hat to Andrea Widburg at The American Thinker for the heads up.)

While Springfield is suffering from an outbreak of the Osaku flu, Mayor Quimby interrupts regular programming with an emergency broadcast.

“People of Springfield,” says Quimby, “because of the epidemic, I have cancelled my vacation to the Bahamas. I shall not leave the city… 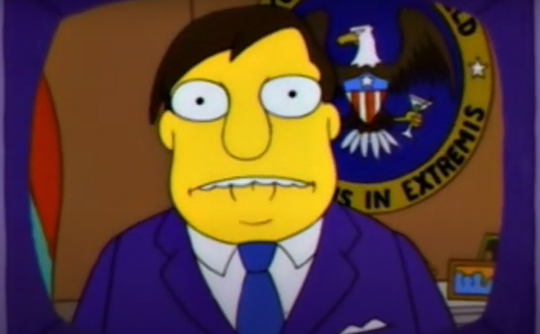 “Hey, you!” he yells abruptly as a man playing steel drums passes by in front of the camera. “Get that steel drum out of the… uh… Mayor’s office!” 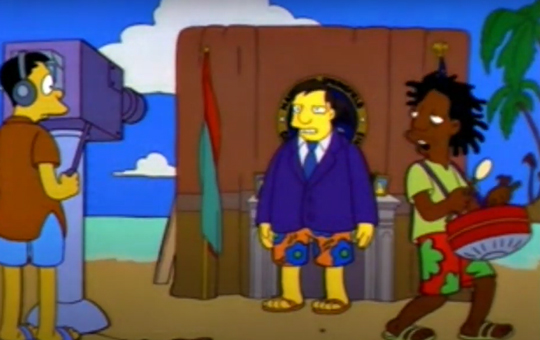 Does this ring familiar? It should. And, as you’ll see, in true Simpson’s fashion, it’s eerily similar to something that happened just last month.

Astute sufferers of our daily screeds will recall that, on Sept. 23, we published our first edition of the “Wall of Shame.” It was such a hit, and so much has happened since, we decided to give it another go today.

The Wall of Shame! (Part Deux!)

As our own Graham Summers points out in tomorrow’s episode (stay tuned), in 2020, among other things, we’ve seen “Government officials decree where Americans are allowed to go (Walmart, nail salons, etc.) and where they are not (Church, family gatherings, etc.).” And yet, we’ve also seen many of these governors blatantly ignore their own stated rules.

Once again, the Simpsons hit the nail on the head decades ago. What’s most striking about the Quimby bit above is the incredible accuracy. Consider that, on November 9, Austin Mayor Steve Adler urged Austinites to stay home. “This,” he said, “is not the time to relax.” He forgot to mention that he was, at the exact time of recording the broadcast, relaxing at a timeshare in Cabo with eight family members and friends. (Hey! Get those steel drums out of the mayor’s office!) 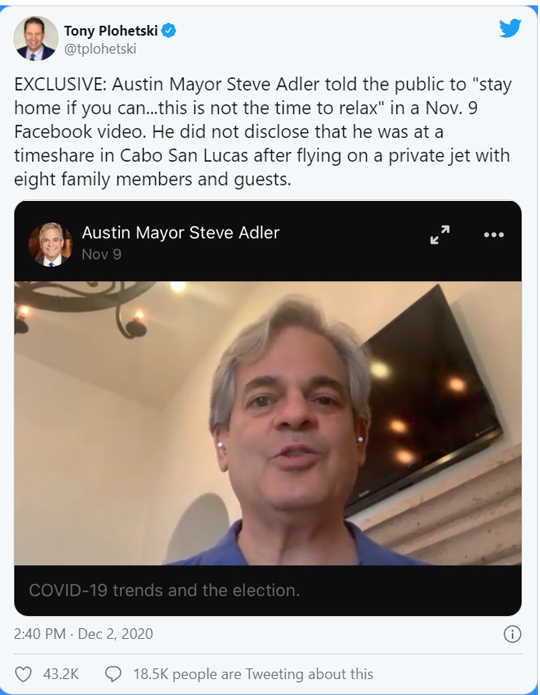 Mayor Hancock of Denver, too, repeatedly urged Denverites to avoid gathering with others outside their households. Hancock’s Department of Public Health advised residents to celebrate “with friends and family virtually.” Colorado health officials urged “Video chatting or talking on the phone with friends and family who don’t live with you.” And they said, “The safest thing to do right now is to stay home.” Hancock seemed to agree. And yet, what did Hancock do? Only 30 minutes after telling Denver residents to stay home in a livestream, he set off for Mississippi. He had a flight to catch. “Stay home,” he said, “as much as you can,” he said, shortly before packing his bags and hightailing it to the airport.

You’ve undoubtedly heard about Governor Newsom’s latest French Laundry faux pas, too. Newsom, as you know, has had the state in lockdown since March. For Thanksgiving, he gave Californians a ridiculous list of demands; have small dinners, dine outside only, wear masks constantly, stop the party after two hours, minimize bathroom use, don’t sing.

And then, right on cue, the media slammed residents with the bad news: a 250% increase in positive tests (AKA, “cases”) in San Francisco. Governor Newsom, however, undeterred, didn’t let this scare ruin his plans. Flouting his own guidelines, Newsom attended a birthday celebration for a friend and lobbyist at the luxurious French Laundry restaurant in Napa Valley, where three-course meals start at some $450 a head. Former SF mayor Willie Brown, calling Newsom out, wrote he’d heard through the grapevine the wine bill alone “was $12,000.”

(That’s not all. San Francisco Mayor London Breed, who’s been a strong proponent of residents of San Francisco “staying home, staying safe,” was partying in mixed company at the French Laundry one day after Gavin Newsom.) 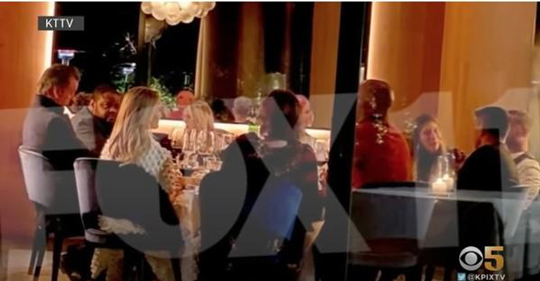 Of course, Newsom is also sending his four kids to an in-person private school while the public schools in his local district remain closed. (Occam’s Razor would suggest that, perhaps, he -- and many other public officials -- don’t actually believe this crisis is as dangerous as they would have us believe.)

Cuomo, meanwhile, recommended New Yorkers only “celebrate with people in your household.” His 89-year-old mother, and two of his three adult daughters, none of whom live with the governor, didn’t get the memo. He was, and even boasted about, inviting them over to Albany for a turkey dinner. Until, of course, he got caught.

As Andrea Widburg points out, the list goes on.

Los Angeles County Supervisor Sheila Kuehl enjoyed an outdoor meal at her favorite restaurant just hours after telling people outdoor dining is “a most dangerous situation,” and voting to ban it.

Chicago Mayor Lori Lightfoot violated her lockdown rules to get a haircut, explaining that she is “a person who [takes] personal hygiene very seriously.”

Senator Dianne Feinstein walked carefree through the D.C. airport without a mask.

Many couldn’t attend and grieve at funerals. Many partners missed the births of their children. Families were separated out of fear of spreading the virus. Many people’s livelihoods were decimated.

And yet, too many of those who mandated such blatantly selective restrictions, refused to eat their own cooking. Perhaps they don’t think it’s as dangerous as they say, and that the restrictions aren’t as important as they publicly deem. If true, then one question remains unanswered: Then why do they say it?