“There is a tide in the affairs of men,” said Brutus. “Which, taken at the flood, leads on to fortune.”

This quote from Shakespeare’s Julius Ceasar, as you’ll see below, is perhaps the most important sentence you’ll read this year.

The central idea is that the right words and actions are not enough, they must be done at the right time. If you are too early, you are just as doomed as you would be for being too late.

Your power to change your life is transitory. Miss the tide, or try to fight it, and you’ll be lost at sea. The wise choose to work with those forces. The tide chooses when the time is right. Not you.

More on that, and how to apply this concept now, in the 21st Century, in a moment.

First, just like Brutus, we also find ourselves in the middle of a great war. And, indeed, while the tide is rising… the window for the right time to take action is closing.

A New Kind of War

You wouldn’t know it, he says, but the next great war has already begun. And this isn’t your grandpappy’s war.

“This war isn’t being fought conventionally with ‘kinetic’ weapons like bullets, bombs, and missiles. It’s being fought with unconventional — or ‘asymmetric’ — weapons and tactics.

“Things like technology, policy, money, trade deals, and even pandemics… they’re all being weaponized as part of a new ‘domain’ of international combat that’s going to affect all of our lives, especially financially.”

This “new total war” is like nothing we’ve ever seen in history. Because it’s likely to be less kinetic, overt, and far less formal than the wars in the 20th century, it’s going to be much harder to pin down. It is amorphous and dominated by factors normally outside of the military’s wheelhouse.

What Russia calls “hybrid warfare,” or the “Gerasimov Doctrine,” describes what we’re up against as all countries adopt this new form of asymmetrical warfare.

As just one part…

Military units are evolving into smaller, more nimble formations, able to respond a second’s notice… and more likely to enter through the basement or the back door than the front.

During a recent hearing before the Senate Armed Services Committee, U.S. Indo Pacific Command (INDOPACOM) commander Adm. Phillip Davidson said “China has a vast disinformation machine” with a million people behind it.

At Root, It’s About Money

Boiled down, this war is a war for the economy. It’s about who gets to hold the keys to the castle in the coming “new economic world order.”

Your future, especially your financial future, will be decided by the outcome of this war…

And that will come down to how willing you are to prepare… and how decisively you can act when the tide rises in your favor.

This Wednesday, June 16th, at 1PM, at a FREE event, you’ll have the opportunity to discover everything you need to know about this war from one of the top economic experts in the world… Jim Rickards.

You probably know Jim from one of his many bestselling books…

Or from his many appearances on mainstream and alternative media…

Or from the fact that he’s got his foot in the door of the political machine in D.C., even working closely with Congress to push through major pieces of legislation into law that has shaped our financial system. 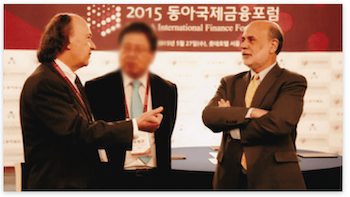 During his C.O.B.R.A. briefing, he’s not only going to show you how to prepare for this new total war…

And why there’s more than $6.6 trillion trading hands EACH AND EVERY DAY in this new war.

But also how to “dip your hands in… and potentially skim profits from all this money movement.”

In Julius Cesear, to finish the quote, Brutus said:

“There is a tide in the affairs of men, Which taken at the flood, leads on to fortune. Omitted, all the voyage of their life is bound in shallows and in miseries. On such a full sea are we now afloat. And we must take the current when it serves, or lose our ventures.”

In this scene, Brutus and Cassius are talking about the final phase of the civil war. Cassius suggests they consolidate their forces at Sardis and take advantage of the secure location to regroup, take a breath, and strategize.

Brutus, on the other hand, suggests seizing the opportunity of the day and hitting the enemy at Phillippi before they have the chance to consolidate more warriors. They must act now while the opportunity is ripe. Waiting around only allows their power to pass.

Again, power is transitory. If the opportunity is “ommitted,” Brutus says, the voyage of your life will be bound in “shallows and in miseries.”

On the full sea, you are now afloat. Take the current when it serves, for it leads to fortune…

Or don’t… and spend the rest of your days wallowing in regret.

Click here for more information on this once-in-a-lifetime event... and reserve your seat for FREE.