The Fortnite of Crypto

An estimated 2.7 billion people around the world play games regularly.

A study by NDP Group has concluded that around 91% of kids aged 2-17 are regular gamers.

With the rise of Augmented Reality (AR), Virtual Reality (VR), esports, blockchain, and the Metaverse, the gaming industry is going through a massive shift.

Right now, when it comes to investing in this space, we’re in the sweet spot.

Not too early, not too late.

Even potentially during a Crypto Winter, when everything else is falling.

Today, we’re going to focus on…

1.] The convergence of blockchain and gaming…

2,] How to spot the BIG opportunities before they hit the mainstream…

The gaming industry is perfectly positioned for the rise of crypto. NFTs, distributed computing, and tokenization allow gamers to participate, own and create in-game assets, and earn money while playing.

1.] Gaming is the amalgamation of sound design, animation, art, storytelling, programming, and engineering.

2.] Gaming is the world’s biggest sport.

3.] The demand for what crypto offers (in the form of betting markets, play-to-earn, and NFTs/digital assets) has existed in the gaming world for decades.

The gaming industry has been primed for blockchain technology since games like World of Warcraft introduced in-game currencies. 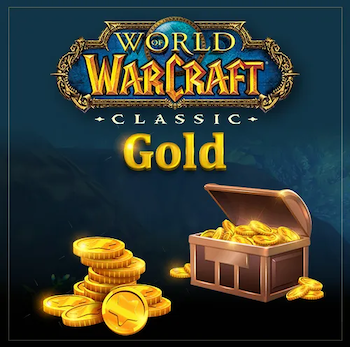 In World of Warcraft, the in-game currencies had no value in the real world. In fact, selling your assets on the grey market could get you banned from the game.

This is how all major games work; a gamer could spend hundreds of hours playing a game only to see their tokens, skins, items, weapons, whatever, get wiped away (from a ban, hack, or otherwise) because they’re recorded in a centralized server.

On the other hand, if those items were issued as NFTs, the gamer would have full control over them. Moreover, those items can be thrown over the “walled gardens” of traditional games, having value outside of the game.

In short, in the gaming world, there’s already massive demand for what crypto brings to the table:

→ Betting and gambling on esports and games

When talking about “mass adoption,” the gaming world is going to see it first.

Again, the demand is already here. Gamers want to be able to own, trade, and earn in-game assets. (They already pay to be able to do these things.) 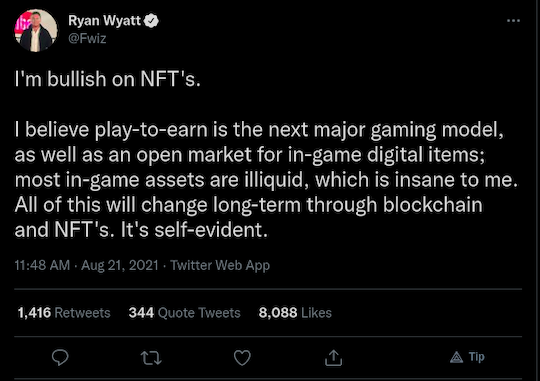 Think about what this shift means.

Traditionally, gamers don’t get any value from the games they enjoy.

Despite all of the time and energy spent playing these games… and even creating new fan-made content for these games (“user-generated content”)... all of the value gets sucked to the top.

But that’s going to change.

P2E games allow players to buy, trade, and earn tokens and NFTs as they play games. In many cases, players can even create their own assets to use in the game.

While traditional gaming is done by a centralized group of programmers, P2E games allow for games to be built by hundreds and thousands of people simultaneously.

In the P2E model, furthermore, rather than all of the value getting sucked to the top, it is distributed throughout the game. (How it’s distributed is determined by its tokenomics -- or rules laid out on the blockchain.)

Play-to-earn games like Axie Infinity and The Sandbox have exploded in popularity in the past three months.

Axie Infinity is a Pokemon-style game with around 350,000 daily active users, mostly in the Philippines, Venezuela, and the U.S. 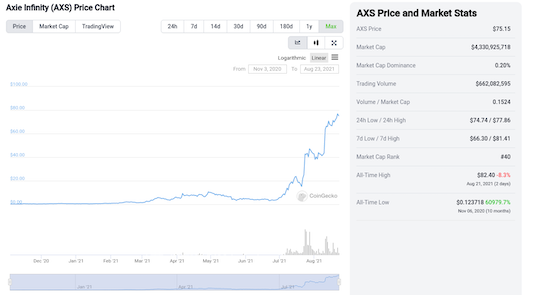 Consider also that players are earning money by simply playing the game.

The object of the game is to collect “smooth love potions” (SLPs) used to breed new characters. SLPs double as cryptocurrencies and can be bought and sold on various crypto exchanges. At its peak, top players were reportedly earning about $450 per day.

Personally, I think it’s too late for projects like Axie and Sandbox… the biggest gains have already been made.

How should you invest? Picks and shovels!

“The Bitcoin of Gaming”

This isn’t the best strategy long-term.

Games rise and fall in popularity fast. And by the time you learn about a game, it’s often too late.

The best approach is the “pick and shovel” plays that allow you to invest in the entire crypto gaming space.

Be on the lookout for projects looking to connect large games, creators, and players.

I’ll give you one example: Enjin.

Some call Enjin the “Bitcoin of Gaming.”

Put simply, Enjin offers video game developers an easy way to integrate blockchain and NFTs into their games. (Enjin is currently compatible with over 40 games, but no major games.) And it allows businesses, entrepreneurs, and artists to create NFTs for these games.

One of Enjin’s plans is to create “multiverse assets.” These are NFTs that you can use in many different games -- whether it’s characters, pets, vehicles, and weapons.

Also, while you can create and buy NFT assets inside games, you can also “melt” them back into Enjin Coin, selling them on major exchanges for money.

Enjin has created the ERC-1155 token, allowing for instant, secure, and free NFT transactions on the Ethereum blockchain -- a game-changer. (Most other coins and NFTs are bogged down by Ethereum’s high fees.)

The downside is that because crypto is such a dynamic market, Enjin has plenty of competition.

But if Enjin can convince one major game developer to use their blockchain, it’s a guaranteed winner. (Microsoft developers are looking at it.)

Time will tell, but Enjin is one project to keep on your radar.

There are two tokens in the Enjin ecosystem.

ENJIN (ENJ): Enjin is the utility token for the Enjin ecosystem. Upon writing, 83% of the tokens are already in circulation and when tokens are minted as NFTs, they are taken out of circulation, making ENJ deflationary.

EFINITY: Efinity is aiming to be the best cross-chain NFT blockchain. The project frames itself as environmentally friendly, scalable, and built for games, apps, enterprises, and creators to deliver their own non-fungible tokens.

Why you need a blockchain domain name…

I just sold this NFT. You won’t believe it.