H.L. Hunt amassed his fortune as an oil tycoon, which he left to his family when he passed in the early ‘70s.

The Hunt Brothers -- Nelson Bunker Hunt, William Herbert Hunt, and Lamar Hunt -- took over the empire and grew it even further.

The 1970s economy, however, was chaotic.

The Hunt Brothers believed this stagflation would keep spiraling, eventually destroying their fortune. As a hedge, the brothers looked to silver. And the more they looked, the more they liked it.

In 1973, the Hunts began loading up on silver at $3 an ounce. By the late-1970s, they began backing up the truck, adding silver futures to their massive collection.

Though futures usually settled in cash, the Hunts demanded physical. At one point, they were having planeloads of silver shipped to vaults in Switzerland.

Gradually, and then suddenly, the price of silver began to climb. The short squeeze was on. There was no end in sight to how high it could go.

The price of silver went from $6/oz in 1979 to over $49/oz in 1980. The Hunts’ silver stash at its peak was worth $5 billion, making up, aaccording to some estimates, a hefty two-thirds of the entire silver market.

But then the tables turned.

The Hunts Become the Hunted

Tiffany’s bought a full-page ad in the New York Times chastising the Hunts for artificially inflating the price of silver. 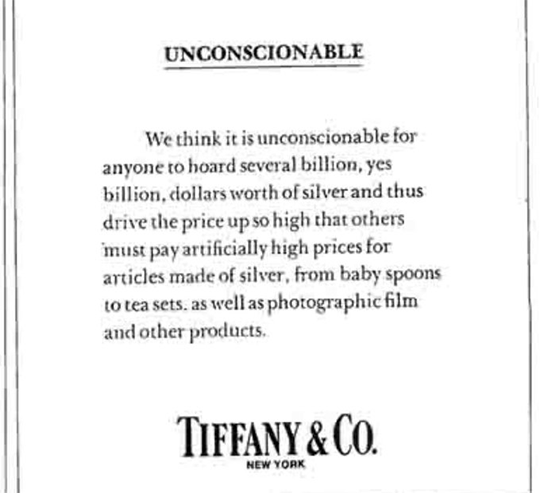 And then, of course, the government got involved... and pulled the rug out from under the Hunts.

With “Silver Rule 7,” regulators increased the margin requirements on silver futures contracts. Meaning, the Hunts would have to put up additional collateral to satisfy their loans at a time when they were leveraged to the hilt.

The government forced their hands. They had to sell, which caused a downward spiral in the price. Silver sank from $48 to $11.

After filing for bankruptcy, the family fortune barely survived the onslaught.

As we also saw last week with Gamestop, the rules can change virtually overnight.

Even today, brokerages are still limiting and restricting retail traders from buying Gamestop, but not restricting selling. The inevitable result is that the stock keeps plunging, forcing retail investors to take it on the chin. 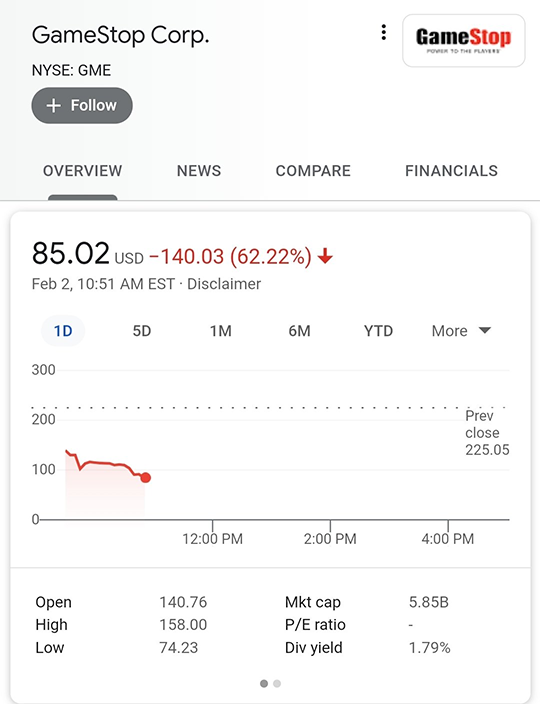 In the “Great Silver Squeeze,” Redditors on r/wallstreetbets may be in danger of overlooking this important lesson.

While many are loading up on physical silver (not a bad idea, IMO), others are being seduced with promises of fast, easy gains in $SLV.

They could be right. But this might also be akin to bringing a wooden spoon to a gunfight.

The top holders of $SLV include Citadel and many other big-league Wall Street firms, who can -- especially with the help of the government, the Fed, and brokers -- pinky spank retail investors into submission. 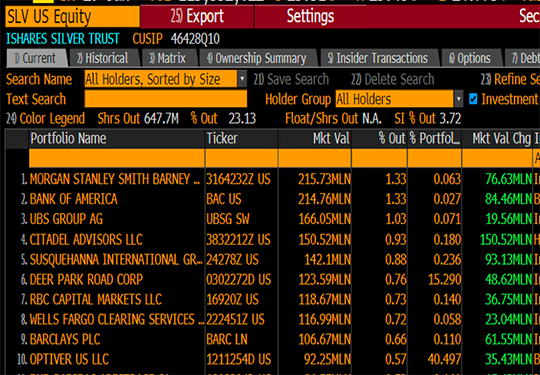 But when messing with paper silver in hopes of fast gains, inexperienced traders increase their chances of ending up just like the Hunts…

And getting absolutely wrecked.

Paper is the Money of Peasants

As the old saying goes…

With that in mind, if you haven’t already…

Check out the latest offer from our friends at Hard Assets Alliance (HAA).

Hands down, HAA offers the best way to buy, store, and get delivery on precious metals… especially if you’re itching to incorporate metals into your IRA.

(Full disclosure: As part of the “Alliance,” we benefit from their services if you do.)

Click here for a quick rundown of everything you need to know to get started.

Bitcoin: Why it Could Go to $1 Million